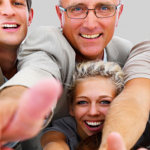 Houston, TX (PRWEB) January 08, 2013 According to the NOAA website intense thunderstorms raked through the highly populated McAllen/Edinburg/Mission area of Hidalgo County during the mid-evening of March 29, 2012. The storms packed 75 mph winds and dumped hail the size of baseballs for more than half an hour. In addition to the intense winds and hail, residents of this highly populated region were also subject to relentless rain and serious flooding.

The wild storms had devastating effects on the communities, and homeowners and business owners sustained serious damage to their properties. Vehicles left outdoors were damaged by the strong hail, trees and limbs were pulled down and damaged many roofs, and in one area of north McAllen, a minimum of one window was blown out of every north-facing home. Much to the community’s dismay, however, they were told by FEMA that they were ineligible for federal assistance, because none of the structures were destroyed; only badly damaged.

It’s been almost ten months since the storm, but sadly, many Hidalgo County homeowners and business are still waiting for their insurance companies to pay for the damage. In some neighborhoods a few homeowners have been able to repair their houses, while others’ repair efforts have been stalled by the lack of responsiveness from their insurers. In addition to those still waiting, many McAllen/Edinburg/Mission residents and business owners’ insurance claims have been underpaid, i.e. they have not received enough insurance money to make needed repairs.

“It’s ridiculous that policyholders who dutifully pay their insurance premiums on time are being underpaid or ignored by their insurance companies at a time when they need help the most,” says Wyly.

According to the Insurance Council of Texas, Hidalgo County storm’s damage to insured property is approximately $200 million. Thousands of auto and home insurance claims have been filed and await a response and proper compensation.

Insurance Companies Struggle To Keep Up With Demand In Blair